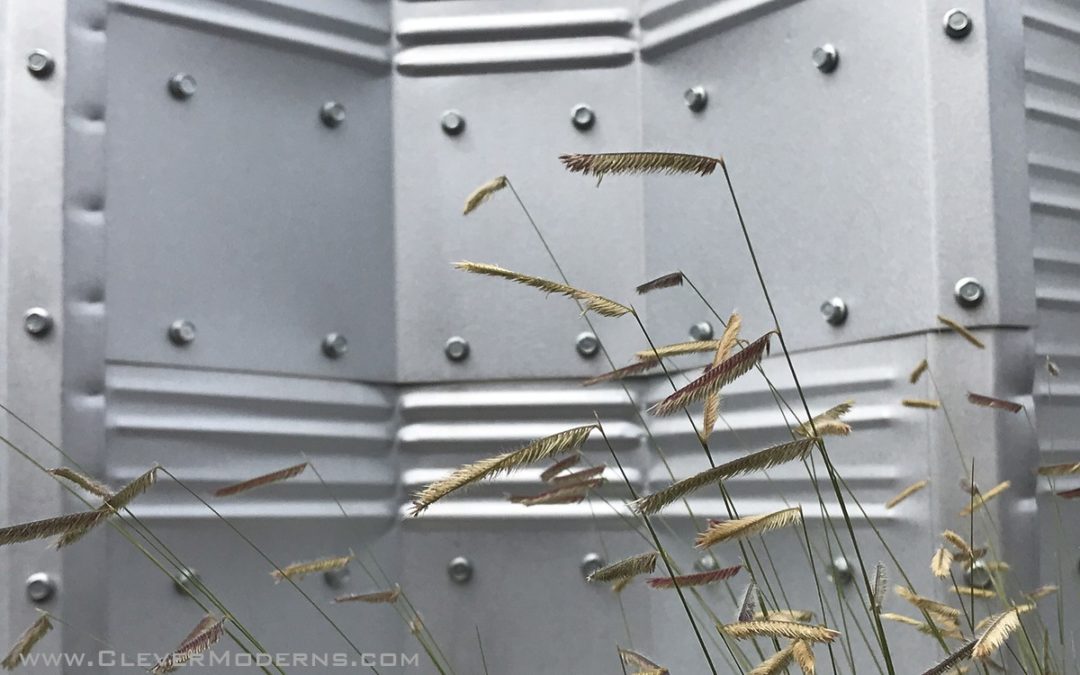 Learning about the land

It’s interesting to me to look back over the process we’ve gone through over the past five years or so. We fell in love with this raw 10-acre parcel and bought it. That was the beginning of a process of discovery – of discovering the nuances and characteristics of a place that we only understood in a superficial way when we first saw it and got excited about it.

One thing we were unprepared for was also an illustration of the way nature balances herself out. It’s a simple concept really, and not all that surprising when you think about it. Everywhere we had to temporarily dig up the ground, such as for trenches and the like, we got serious invasions of weeds. Turns out that the native turf has evolved to keep the weeds at bay, but when you get larger areas of disturbed ground, the opportunistic invaders (primarily tumble weeds for us) quickly take hold.

We started construction in 2017 and for the first couple of years the tumbleweeds weren’t really on our radar screen. By the time we realized what was going on in the summer of 2019, we had serious tumbleweed problems in a few areas.

We started researching and learned that our predominant turf grass is called blue grama, aka bouteloua gracilis, pictured above. Once established it is extremely drought tolerant, but getting it established in areas of bare disturbed soil has proved challenging. The clump pictured above is a rare sprout that took hold near our Workshop Hut and was no doubt helped along by runoff from the building.

We figured out how to buy blue grama seed by the pound, and tried and tried to get it to sprout. Alas, it also turned out that 2019 and 2020 were also extremely dry years for most of Arizona and the West. The little bit of early spring moisture we got from the winter snow melt was enough to start off the vigorous tumbleweeds for the season, but by the time our high-altitude days and nights warmed up enough that the blue grama seed could get sprouting, it was just too dry. We normally get virtually all our summer moisture in the form of monsoon rains that blow up from Mexico in July, August, and September, but for 2019 and 2020 the monsoons were virtually nonexistent.

This year (2021) the monsoon rains were finally back! We got near-record rain and our blue grama grass seed finally sprouted!

Blue grama is easy to identify once it sends out its signature eyelash seedheads. They have a rich, dark reddish color to them at first, and as the seeds mature the seedheads fade to a beige-tan color.

The blue grama seems to be extremely tough once established – it can withstand extended dry spells and come back year after year. And once it gets established it really fills in thick and provides good forage for the grazing animals.

After two years of disappointment, we’re thrilled with the progress we made on our turf restoration this year.

And, it’s kind of hilarious to me that I’m turning into a bit of a nerd for identifying types of native turf grass!